Equipping leaders with skills that result in higher performance (Seatrans)

On top of a leadership development programme in Seatrans some years ago, Seatrans decided to continue and update what they had already begun.

So, a workshop to define the next steps were held under Green-Jakobsen’s facilitation. Shore staff and seafarers sat together for two days and gave their input to the new leadership programme.

A thing we learned from last time is never to underestimate the importance of involving the guys at sea, also in the preparation phase.
Erik Mohn - Head of Crewing and HR at Seatrans

“The seafarers who were at the workshop had been involved in the previous programme but only as users. We didn’t emphasise enough to bring in the masters and seniors the last time (in the preparation process). We did it as a desk exercise.

It was absolutely my opinion that they took the advantage of being present and expressing their opinion. I think we have a very open and involving culture in our company from way back, so this is sort of emphasizing the wish we have to involve everyone in the processes. They are used to being heard and truly feel involved.

My expectations to the new leadership programme are first and foremost to re-emphasize the leadership role for the senior seafarers. They have been with us for 15-20 years and we don’t want them to fall into a routine. We need them to rethink their role as a leader.

For this kick-off workshop we had Green-Jakobsen facilitate the input from the Seatrans staff and crew.”

Green-Jakobsen’s philosophy on how to do conferences and training is that you only have groups of 4-5 people around the table instead of having a classroom with a speaker talking and 'students' just sitting. Everything evolved around participation and involvement and that has proved very useful for us.
Erik Mohn - Head of Crewing and HR at Seatrans
Need help? 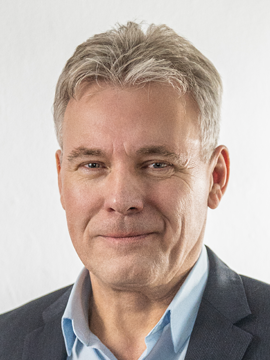 More about Leadership
Read more about our leadership consultancies, courses and webinars
Leadership
Equipping leaders with skills that result in higher performance
Leadership
GJ Academy
Leadership
Often they are good managers; unfortunately they are not always good leaders
Follow the flow of inspiration - Subscribe to GJ Academy