Choosing your words to get the message through

– What framing can do for you

This article is about the act of communication. The sometimes challenging act, sometimes successful act or the sometimes ‘what happened here?’ act.

Creating engagement and getting people to follow (you/new ideas) is the sincere intention of most leaders, however the opposite is from time to time the experienced outcome. The questions then arise;

Why did this message not get across?

Why do people not do what they are supposed to do, now that they have been told?

Why (are they not comfortable) do they not answer my questions?

Why are they not speaking up, when I ask them to?

The annoying reply is that there is no easy answer to the questions above; communication is a subtle act. There is never a one-to-one formula, meaning that you can expect that the said (the content) is being perceived exactly as intended. A lot more is happening in the transfer of messages.

As a leader it is an important aspect to understand the impact the way you communicate has on other people. It is also something to take into consideration in an organisational perspective – how do we use our language; what words do we use and is it beneficial for what we want to achieve?

Our language creates our world

Communication is not just about what we say, it is to a great extent impacted by how we say it, the words we use, the scene we set, the context we say it in, and how we position the receiver.  Our language creates our world, as the great philosopher Wittgenstein announced;

The words we use and our ability to express ourselves define our perception of the world and impacts the direction of our own and our recipients’ train of thoughts.

Values, norms, attitudes and positions are always embedded in our language and formulation – it is a fundamental premise in our communication. In other words; what we say and how we say it trigger unconscious feelings and associations in the recipients, and this can – if we are not paying attention to this fact – lead to misunderstanding, resistance or another unfruitful outcome.

Awareness of this factor is therefore important, as a human in general, but also as a leader, as it can help create more successful communication. Taking one step back from time to time with the purpose to plan how to phrase our messages to create the best possible basis for an effective understanding is a good investment of energy. This communication practice is also called ‘framing’.

Values, norms, attitudes and positions are always embedded in our language and formulation

Framing is a premise for successful communication

Framing can also be described as the filter we choose to use, at times more deliberately than others, when we express ourselves.

When communicating, we must be selective in perspectives, factors to highlight and/or leave out. We should also consider whether we use negative or positive words, if and what metaphors we make use of, or if we use rhetorical questions to make a point or ask questions with genuine intention of getting an answer. The content or intention of the message can be the same, but ‘how’ we say it can be twisted creating different impact and association with the recipient and thereby influence the outcome.

Here are some examples;

In both expressions a response rate of 30% is communicated, however, in the first version a disappointment and negativity is implied, whereas the other statement directs our thoughts towards ‘good progression’ and encourages people to be part of the responding group.

Do you have any questions? > < What questions do you have?

In both situations people are asked to come forth with the questions they might have. However, with the little twist of asking ‘what questions people have, it is implied that they most probably do have relevant questions. In this way it is indicated that questions are welcomed and expected, which most likely will motivate people to ask more questions.

The first statement implies that disagreement is not expected. As a recipient you would first have to challenge the statement of the sender who has already somehow positioned you as ‘someone who agrees’. Instead it would be much easier to give your opinion or concerns, if the question was asked more openly as in the second version.

Asking for key problems, key points or key solutions indicates that there is only one correct/true answer, which might be too much to assume, and furthermore it creates a barrier for people to share their thoughts, as implicitly there could be a risk of missing the right answer. By asking in a more exploratory way, you imply that there could be many answers to the question, or many different reasons to discuss the issue. This will most likely encourage more people to comfortably sharing their views.

We might have a problem > < Do you think there are any problems as far as you can see?

The background or context of the recipient also affect the interpretation, i.e. cultural differences play an important part in how communication is understood. The first statement above can be understood by some as “we have a serious problem” and for others they would question: “Do we have a problem or not?” It can be hard to know, and this is why asking for confirmation of understanding is good. 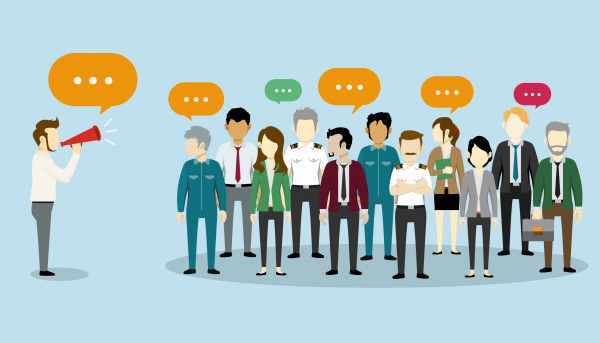 Does it really matter?

Many researches show that framing or how we choose to phrase our messages, questions, or statements have a huge impact on how they are perceived. Many studies are made on the effect of framing and in one of them an experiment was created to assess how the use of certain words alone could direct and influence how an event was perceived. The test persons saw a video showing a car accident, and afterwards they were to assess how fast they believed the car ran. When asked; How fast do you think the car ran when it smashed into the other car, the outcome was that the car was assessed to run significantly faster compared to when the word smashed was replaced with other more neutral words like hit, collided, bumped.

So, even the use of one word over another can impact people’s decision making substantially. Framing matters! When using either positively loaded, neutral or negatively loaded words, we direct people’s impression and judgement of the said. Like we quoted the philosopher Wittgenstein in the beginning: our language defines our view of the world.

So, even the use of one word over another can impact people’s decision making substantially

The awareness of ‘framing’ should not be underestimated – instead it is a claim that it is important in all situations to ensure the best possible communication outcome. For the leader it can mean a decisive difference in motivating people, getting them to speak up and in creating fellowship. In an organisational setting it can, for instance, be pivotal for creating the right atmosphere and stimuli for creating culture change.

Do we sometimes block our own road with stones?

Exploring the latter statement further, it could be assumed that we sometimes might set up barriers for organisational development without even knowing it. Many companies are putting huge efforts into trying to change the culture to the better – and many companies struggle in doing so. There are many reasons for this, and many parameters to include – one of them might be the language used in the organisation.

An example of this implication could be a shipping company trying to install a more collaborative culture between different parties e.g. ship and shore. Many efforts in training, preparing guidelines, and establishing new processes can be thoroughly implemented. The question is how it is lived forward-looking and if the mechanisms are present for promoting the efforts continuously. If we subscribe to the fact that the words and metaphors used are normative and defines our reality, the language we use in the organisation should be an important awareness point. For example, using what you can call a ‘controlling language’ will collide with the ambition of creating a more collaborative culture. In other words, you have two opposite normative efforts running simultaneously – fighting against each other – just to make use of a so-called war metaphor.

The recommendation is therefore to take a firm look at the words used in the organisation to assess if some words in some situations profitably could be exchanged with words that are more likely to nurture the desired culture:

Could the choice of words used in the organisation’s communication made by the frontliners and leaders remove some of the stones on our way towards the intended goal? Yes, we believe it could. It takes an effort and a good portion of awareness, but it is worth doing.

Here are some good points to help you keep awareness on your framing.

Be aware that your choice of words has an impact on your receivers’ perception.

Remember that to create good communication, you must consider/include three elements; content + intention + framing
Remember that good and clear communication is never just conveying facts. Good and clear communication is the mix of content + intention + framing!
Be aware of your choice of words (positive, negative or neutral words) – every word counts
Start becoming aware of the language used in the organisation – does it hinder or stimulate the culture, the engagement, the outcome wanted?
Explore what the metaphors used mean, for example what is the possible perception of the situation or what options and acts do we encourage?
Be aware whether the way you ask questions actually invites people to speak up or if the questions can be perceived as more rhetorical
Try to ask explorative and to some extent fumbling questions which help people dare to answer
Avoid asking for the ‘correct’ answer unless you need to test knowledge
Acknowledge the responsibility as the sender for doing your best to ensure the intended message is successfully conveyed
Expect listeners to also make an effort in trying to understand the message as intended – but first and foremost it is the responsibility of the sender
Ask clarifying questions to evaluate if people understood you as intended
Need help? 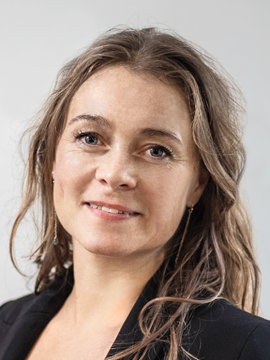