In our efforts to define best practice we tend to see all working situations as a process that involves more people. In order to make the cooperation and communication as good as possible tools and virtues have been described for the crew members to get support in this exercise. But sometimes we encounter surprising conditions – however that only encourages us to become even more creative in applying our best practice mindset.

I have been conducting a behaviour based safety course worldwide for one of Green-Jakobsen’s esteemed clients for the past 3 years.

This 2-day course is titled – “Safety Mindset course” and it is primarily meant for Junior officers, engineers and ratings, with an objective to enlighten them on the salient features of the Risk Management process.

It is a natural process to introduce the participants to the Green-Jakobsen concept called Safety I’s.

The give and take principle

The Safety I’s support a proactive and reliable safety culture. These five behaviours act separately and interdependently. They should be applied in every job and at all times. All five Safety I behaviours follow a ‘give and take’ principle. For example, you should inspire your colleagues and be open to be inspired by others, too. In other words, each behaviour has a two-way flow. The  five I’s stand for Insight, Intervention, Innovation, Influence and Integration.

The Safety I’s form a good base for the participants to develop an understanding of the more complex Risk management process and put desired behaviour into words expressing what your role should be.

One of the Safety I’s is Intervention.

Intervention refers to backing each other up by stopping and correcting unsafe acts.

The key points are:

1 / Serve as the backup and extra eyes for others

3 / Appreciate others’ concern when they interrupt you

Only few will argue that these are reasonable actions. However, we see time and again that intervention can be a very difficult behaviour to display in real life. Furthermore, another ‘complication’ was discovered during this course, – and now comes the interesting part.

Be the backup for your colleagues

During one such training in Mumbai recently, while I was talking about Intervention, I noticed one of the ratings having a wry smile on his face when I mentioned the point of “being the backup for your colleagues”.

Interestingly, this smile was not one of sarcasm or of dismissal, but rather one which showed a certain yearning in the individual. It egged me to discover the reason behind its display.

Upon coaxing the individual to share his thoughts freely, the gentleman did so and made an important point.

He was an oiler and had been working at sea for the past 5 years.

He mentioned the fact that he completely agrees and understands the meaning of Intervention and acknowledges the fact that it is an important behaviour which, if displayed on board, can greatly improve safety in general. However, the Engine room complement was made up as follows; C/E, 2/E, 3/E, Aspirant Engineer, Fitter and Oiler. A total of 6 men.

During port calls and manoeuvring, the fitter and the oiler were on 6 on/6 off duty and hence were the only ratings on watch along with the Engineer on duty. They usually worked alone with no other member accompanying them on rounds and this was normal practice.

This is where he raised the point of Safe Manning.

The E/R complement on board was exactly as per the requirements of the Flag State and as per the Safe Manning Document.

But, where was the possibility of Intervention when he was working as a sole member during most of his contract?

According to him, teamwork was a theoretical concept which was given a great deal of importance on paper, but not when it came to the actual working processes on board.

Teamwork was a theoretical concept given a great deal of importance on paper, but not when it came to the actual working processes on board

Job distribution took place at 0800 hrs in the ECR whilst at sea, or just before duty started in port.

A suggested way forward could be to introduce and reinforce the concept of Safety I’s to the various departments of the organisation, both on board and ashore.

To make an organisation excellent in the field of Safety, the leaders must demonstrate safety leadership by accepting and understanding their role as “safety culture developers”. The Safety I’s model provides shipping companies and its safety leaders with 5 safety culture virtues that can be directed, decided, cultivated, monitored, corrected and shaped by its leaders.

The Safety I’s provide all individuals with:

1.       A shared perception of the behavioural traits to be possessed by them

2.       An understanding of what are believed to be important safety culture virtues

Further, is it ok for individuals to work alone on various tasks or should the crewing department or shipboard management intervene each other to organise work differently?

This would be an important step to take keeping in mind that “finger pointing” and playing the blame game will not change the condition for the seafarers in actuality.

It’s time to embrace safety leadership with Safety I’s as its “backbone” in the entire organisation. In that way the shore-based organisation will be able to support the shipboard management to be able to plan and organise work in the safest way.

It’s time to embrace safety leadership with Safety I’s as its backbone in the entire organisation
Need help? 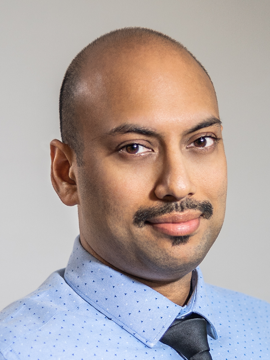