On board training; engaging and relevant training

What was the background and motivation for launching the on board training concept in your fleet?

In cooperation with Green-Jakobsen we launched a Safety culture development programme called ‘Taking the Safety Lead’ at the end of 2013. During the briefings with the top four on board, we have asked them about the progress of implementing this programme and everybody likes the concept and buys in. However, they expressed that they found it difficult to know what actions they are expected to take on board. They understood the goals that were set and the importance of the programme, but they requested tools and help to what they could do more specifically on board.

We discussed this with Green-Jakobsen and asked for good tools and together we came up with the so called ‘snippet’ training concept – a real on-the-job, on board training tool, which can be used by everybody on board. It enables the crew to actively work with ‘Taking the Safety Lead’. With the structure and guidance provided in the training concept they can do it themselves without involving somebody from the office and it all happens on board. It has a structure and a framework assisting the officers to implement it and they can do it the way it suits them and when they have the opportunity.

What does the on board training contain?

We have seven modules and they are all short training sessions. One of them is about the Safety I’s for which Green-Jakobsen has developed a board game. Fun and learning is combined through questions about safety behaviour in actual working situations. This has been a great success: they like it on board and we have played it on several occasions here at the office too.

All the other modules are about the risk management process including hazard identification and the hazard wheel – how to use it, etc. The concept for each snippet is always the same: there is a short animated video about the theory of about 5-7 minutes, for example explaining why, how and when to use the theories and tools , and then an exercise attached to it based on a relevant task, for example painting the main mast. We encourage our seafarers to think of other tasks they have to do anyway and then incorporate the exercises in them. So when they know a job is coming up they look at the animated video and do the training – for example the hazard identification – in the actual job. The same can be done with other subjects, such as the toolbox talk, the hazard controlling principles, how to do a debriefing and situational awareness.

Have you got any feedback in general about this way of doing training?

The first feedback we got was from one of the more ‘grumpy’ captains who was very skeptical about it. When I asked him if they did some of the training he said: “Well, yes, we had to do it, so while at anchor, when we had some time available, we did it. It was really fun and everybody was active and liked it”. So he became very positive and was happy about the progress on board. In fact, one of the nicest feedbacks we received was from a Chief Engineer (also a rather skeptical guy). He told me that they were waiting for orders and therefore had some time available, so they took the full range of training sessions with everybody on board. He said that he could really see a difference in the way people were approaching the job before and after the training. There was really a change in mindset – how they were acting, preparing and doing the job. We were really happy to hear that. Yet another feedback – perhaps on the more negative side – was that “the crew was too enthusiastic about the training and the crew is only using it as an excuse not to work”. Of course we see it as a positive response, as they do have to take the training and we are happy that people are enthusiastic.

Overall, the feedback we have received so far is really positive. The challenge is to find time, and it is important to have some ‘believers’ on board who want this and can push it through, especially in the beginning.

How do you follow the implementation and how have you launched it?

We have set up a system where they can log every training they do and through our e-TOTS competence management system we can follow up on who has received the training. All ranks of seafarers must go through all modules at least every twelve months. It is a requirement to achieve promotion, for example. From the office we can check what vessels are running the training on a regular basis. If a vessel does not apply the training we can go back to the crew and encourage them to do the training. So, the follow-up and the feedback are really necessary for us. On the vessels, where we have the believers, things are rolling, but on the more critical vessels we will have to push a bit sometimes.

The on board training falls entirely under the umbrella of our safety programme ‘Taking the Safety Lead’. The material comes in a physical bag with our ‘Taking the Safety Lead’ logo. We have explained about the bag at every conference and meeting – what it is, why we do it, and what we expect from them. Most importantly we have included it in a safety leadership course we conduct for all our senior officers. One of the key learning objectives in these courses is the use of the snippet bags and explaining the importance of implementing this training initiative on board. The Senior Officers having received this training were the first to start using the on board training concept.

So, to round off – are they now more comfortable knowing what to do on board under Taking the Safety Lead to achieve the goals set?

It is a good question which I haven’t really asked directly. One captain said: “We were struggling a bit – some of the guys were not performing so well on certain topics, so we repeated the training”. For me it is good if they can use it as a corrective or preventive action. I am certain that it is slowly growing and the most important for me is (it is still a young project) that so far everyone is positive about it. 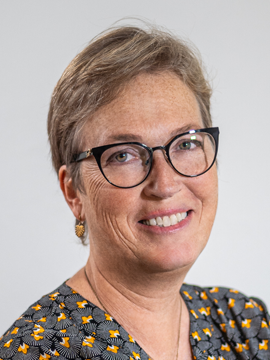