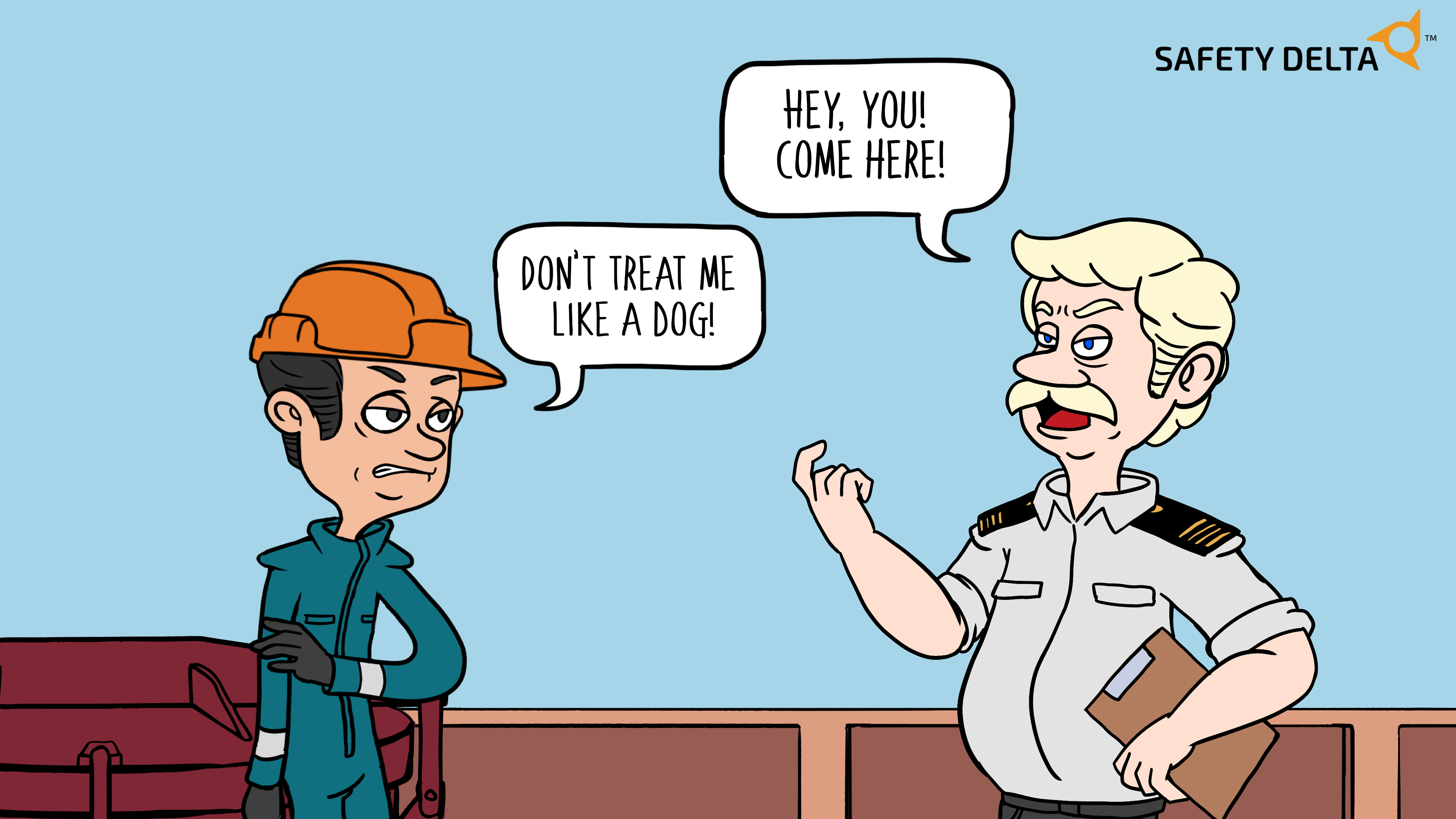 In most Western nations, the hooked index finger is a common gesture when calling someone to come close. However, in Asian cultures, this gesture is only used to call dogs. Lack of awareness of these differences might spark conflicts and misunderstandings such as in the above case. If you want to know how the Captain and AB Edie resolved the misunderstanding, watch the animation under the subject Cultural awareness and bias in the Safety Delta Learning Library.

The moment we set foot on board a ship, we do not just carry ourselves and our luggage. We also bring with us our culture. Since the vessel is a global workplace, it is also a community of people with different cultural backgrounds. The cultural differences might cause miscommunication, misunderstandings, and conflicts which can lead to accidents.

So how can we develop cultural awareness and improve our cross-cultural communication skills? 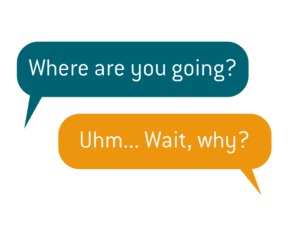 “Where are you going?” is a friendly greeting for the Chinese, but for Western cultures, such question might sound impolite as it involves personal privacy.

What is considered polite or friendly in one culture might be deemed rude or inappropriate in another. Instead of feeling offended, keep cool and recognise the cultural difference. When you get the chance, ask your colleague about his/her culture and share with them words about yours. 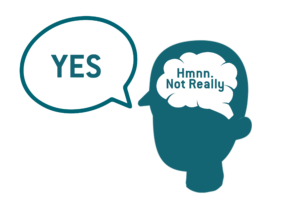 Asian cultures such as Japanese, Korean, Thai, and Filipino will sometimes respond with a “Yes” in agreement even though they do not really mean it. The polite “Yes” might be misunderstood by straightforward communicators from the US, the UK, Russia, or Germany.

When communicating with colleagues from another culture, it is a good idea to be more observant of the non-verbal gestures such as tone of voice, body language, and facial expressions. These gestures can help bridge the gaps in verbal communication.

3. What we see is only the tip of the iceberg 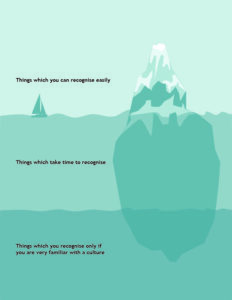 Focusing only on the visible features of a culture such as the representations and rituals might lead to being culturally biased. Increasing cultural awareness by expanding knowledge about other cultures helps us recognise the values and key beliefs of that culture, which helps in overcoming our biases.

Most Filipinos use spoon and fork when eating and have three meals and three snacks a day. These representations and rituals can be traced to having strong family ties among Filipinos as dining is considered a chance to bond with family members.

Did you know that Safety Delta recently added culture subjects in its Learning Library? The subjects Communicating across cultures and Cultural awareness and bias are now part of the new safety area called Leadership and culture. Another new title is Turning company values into behaviours. Check out these subjects and the learning modules in the SDLL now.

Among Us
Among Us is a monthly digital newsletter, primarily for Safety Delta members, but also for those who want to get a ‘sneak peek’ at the experiences gained by those of us who are already ‘insiders’. It also presents the developments of Safety Delta.
“It’s not a man thing!”
Trigger the talks
Linking perception gaps
Follow the flow of inspiration - Subscribe to GJ Academy